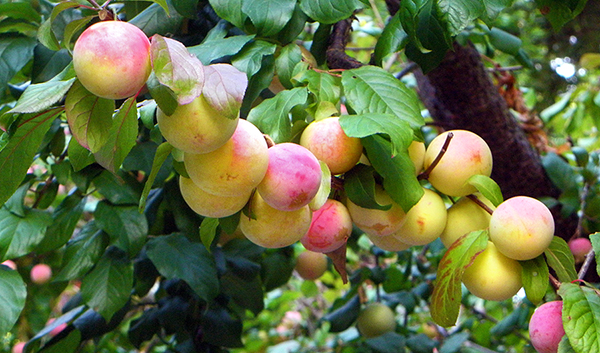 The plant kingdom, oblivious to the humans’ 2020 woes, is having a colossal year in Felton. Fruits trees are burgeoning, especially our fully loaded Mirabelle plum. 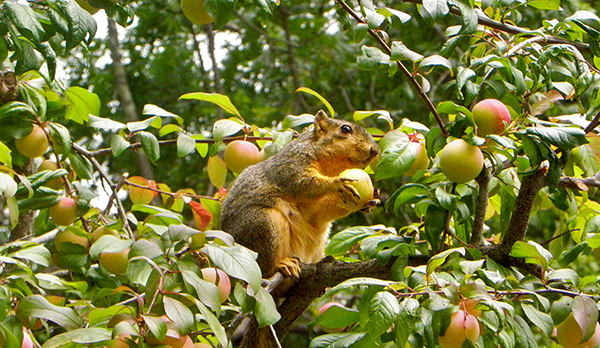 First to find the goods is a golden squirrel who is eating for two or more. She appears to have just given birth. We will meet her offspring in a few weeks. 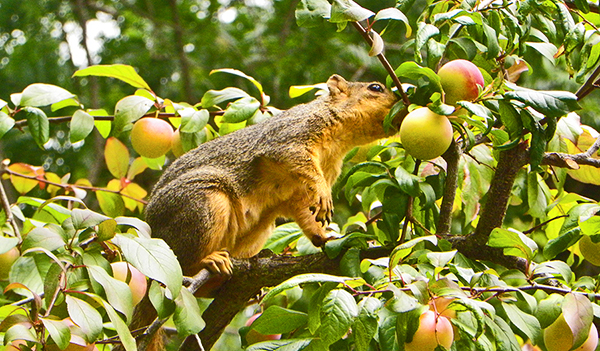 Here you can see that she’s been nursing some babes. She eagerly grabs and eats plum after plum in record time before scurrying off to her young ones. 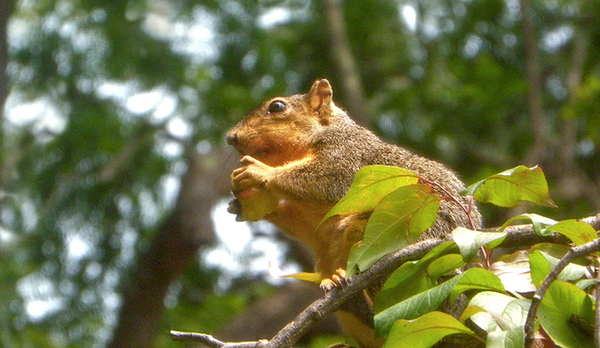 While eating she takes each plum to the top of the tree. Maternal instinct tells her to be extra cautious when her babies are too young to survive on their own. 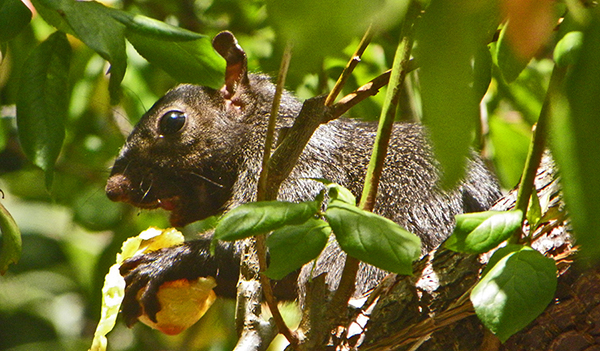 Our black squirrel friend neatly peels off the plum skin as he eats. My neighbor dubbed him Edgar. He’s small and quite shy, preferring to eat deep within the tree. 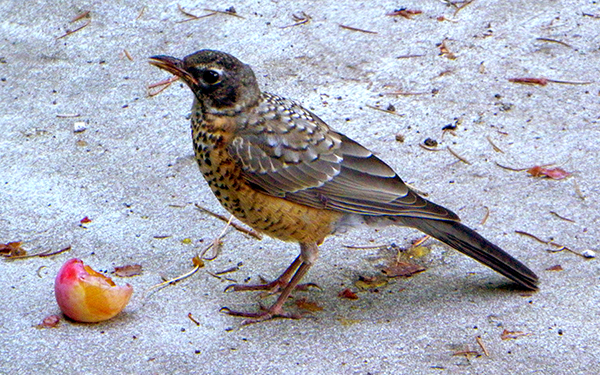 A baby robin is one of the plum’s first bird visitors. He prefers eating bites of fruit from the ground rather than the tree. He surveys the yard carefully from a perch, then hops down to eat. 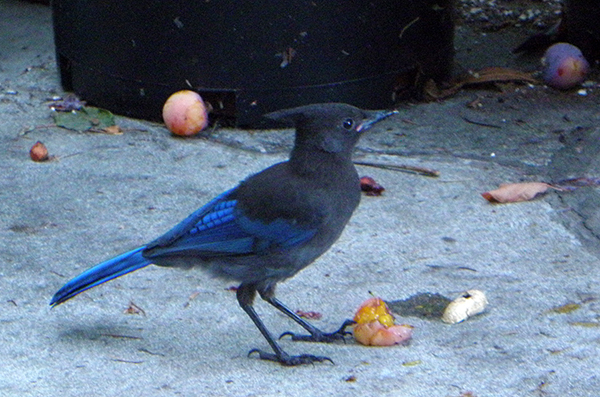 A young Steller jay also surveys the area carefully before dining. He prefers the plum's pit to its fruit. After cracking each pit open, he swallows the inner plum kernel with great relish. 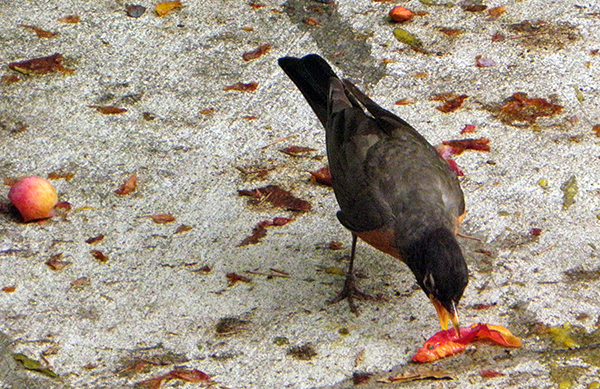 The season gets older and the plums messier before an adult robin shows up. Less dainty than the baby, he bolts down enormous chunks of fruit with each bite. 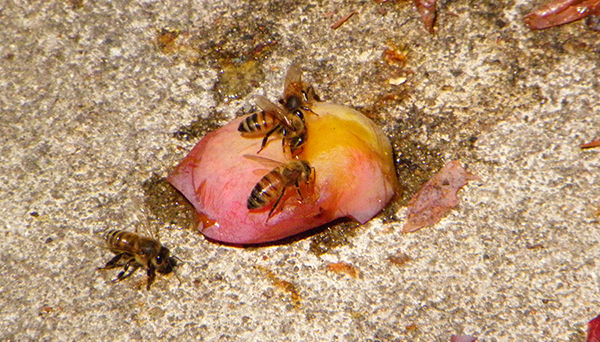 Last of all to dine are the bees. Old fermenting plums provide a sugary, alcoholic nectar that is irresistible. They seem happy to share their discovery with others. 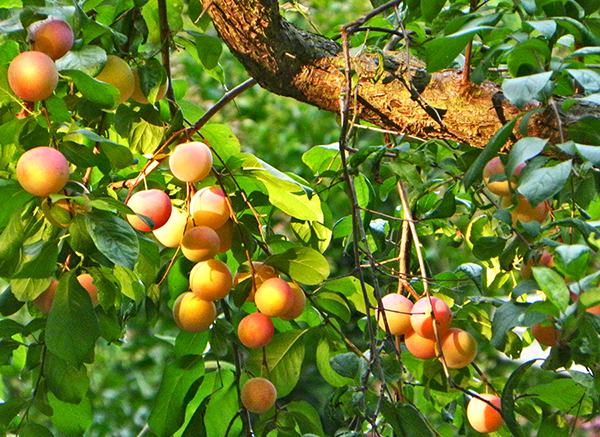 Late season plums in the afternoon sun are also perfect for human consumption. So sunny and delicious, they’re worth the inevitable patio scrubbing that must follow.