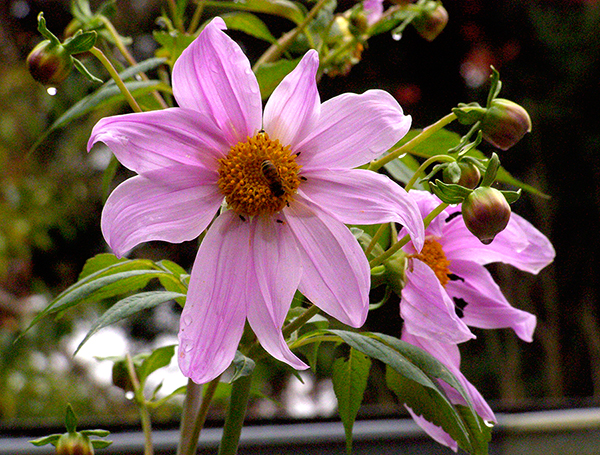 As unlikely as it seems, in rare years a giant dahlia blooms in my yard in December. Its frail pink color is decidedly un-winterish. 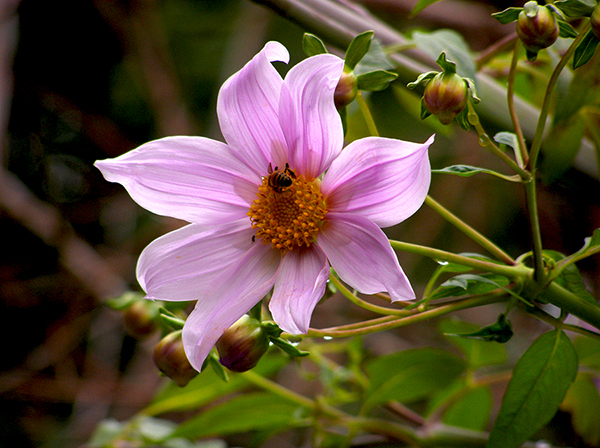 Conditions must be perfect: ample rain, chilly but no freezing conditions. Honey bees eagerly attend to the unexpected bounty. 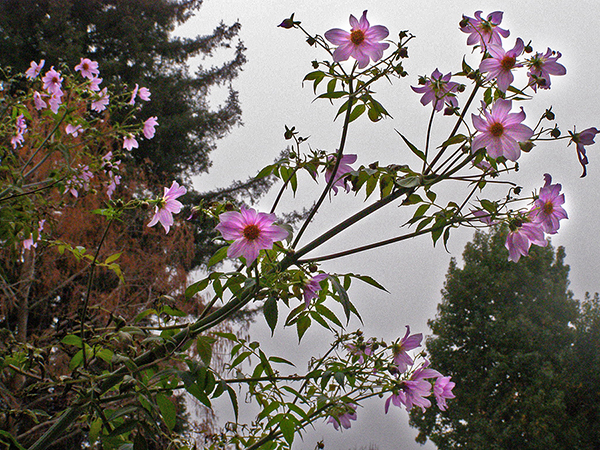 These giant dahlias are so called because of their height—well over 15 feet. The blossoms themselves, as dahlias go, are rather diminutive. 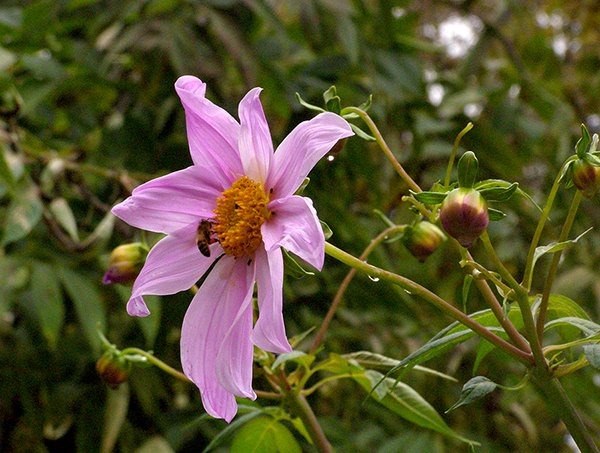 Even on rainy days, surprising numbers of bees come out to gather pollen between showers, despite temperatures in the 40s. 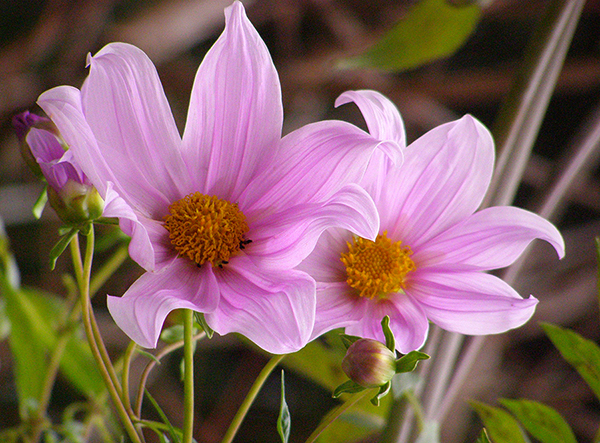 I must confess that these photos weren’t taken this year. They’re from 2015, the last time the rare conditions that giant dahlia need to bloom occurred. 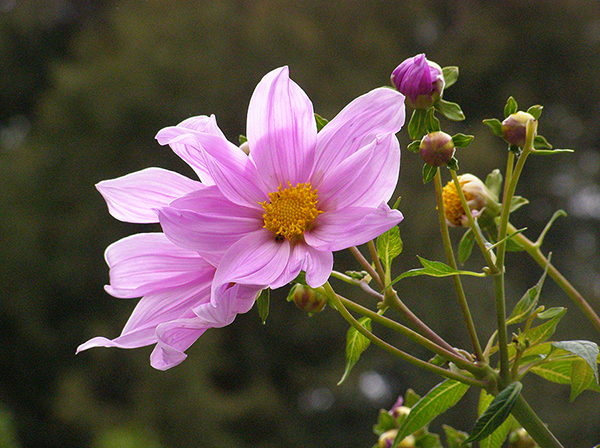 2015’s December weather was chilly and damp, after a couple of drought years. Giant dahlias prefer cold weather for blooming, as long as it doesn’t quite freeze. 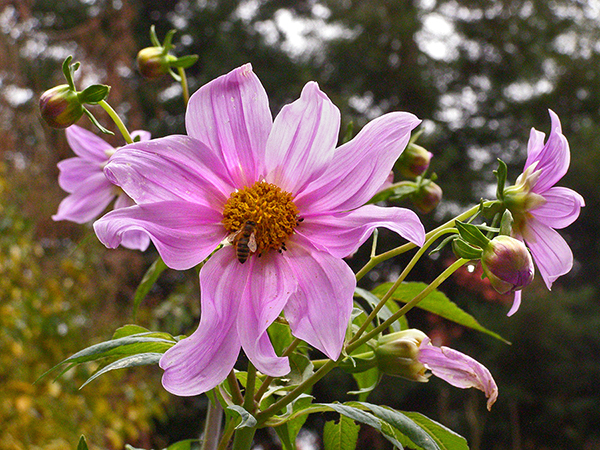 At year’s end, remembering giant dahlias from years past, I look forward to future blooming winters, whenever they might be.