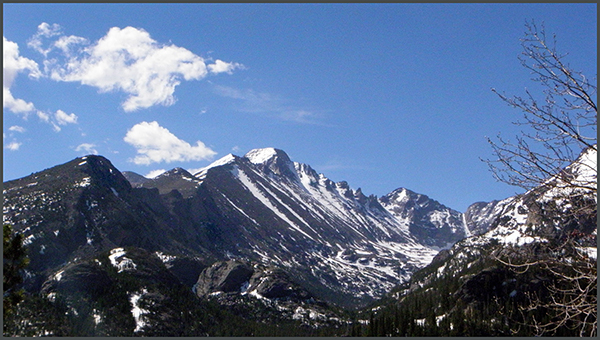 Late May snow in Denver hint that  we’d find snowy slopes in the mountains in June. As we begin our hike, Longs Peak is displays snow as we’d anticipated. 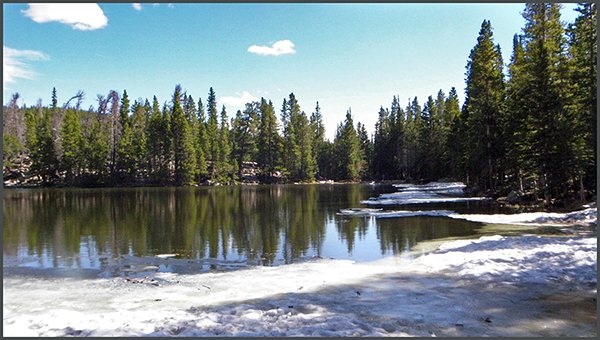 First stop after considerable uphill climbing is Nymph Lake. A number of snowy patches on the trail, but Nymph Lake is open water except for shady spots. 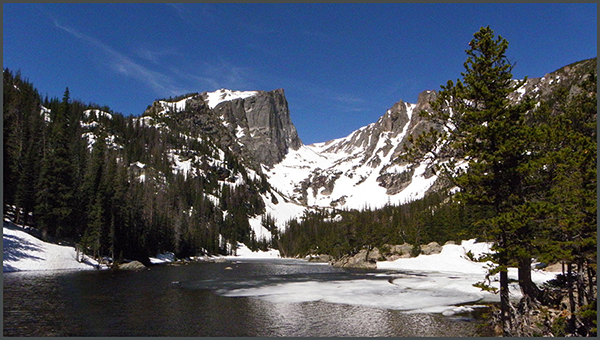 Second stop along the way: Dream Lake. The lower part is mostly open water. Overflow runs beneath the snow, filling the hike up with wet surprises for the unwary. In the middle of Dream Lake, the ice is actively breaking up. Ice chunks ride the current, free and sparkling in the sun. 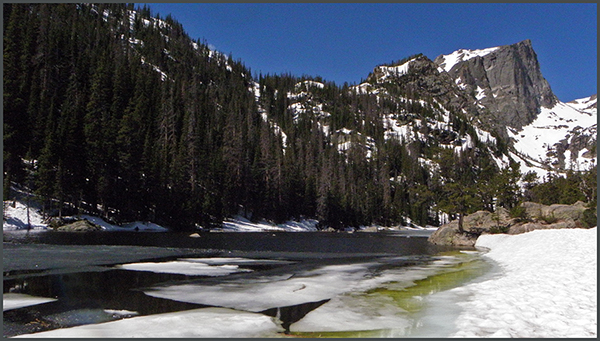 If I were naming Dream Lake, I’d call it Emerald Lake for its green glow. But the real Emerald Lake, at the end of the trail, is completely frozen so we can’t discern its color. 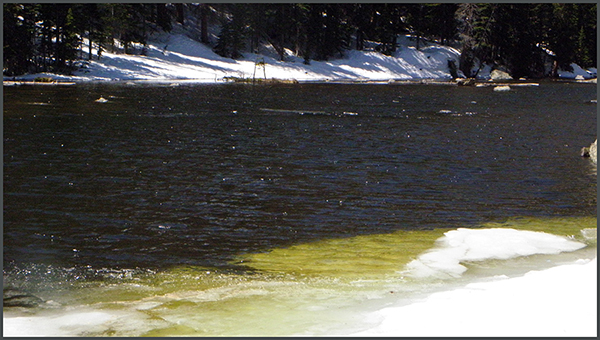 More evidence of an emerald-ish Dream Lake. Middle of the lake is mostly open water, with a bit of melting ice at the edges. 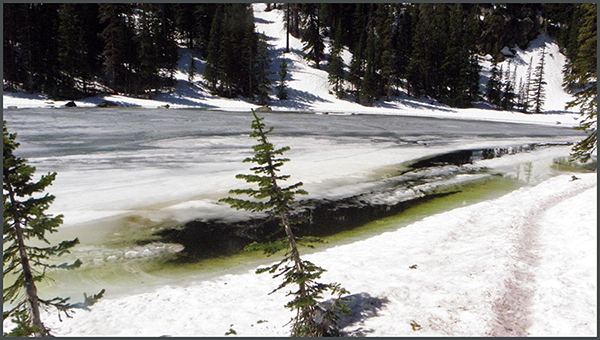 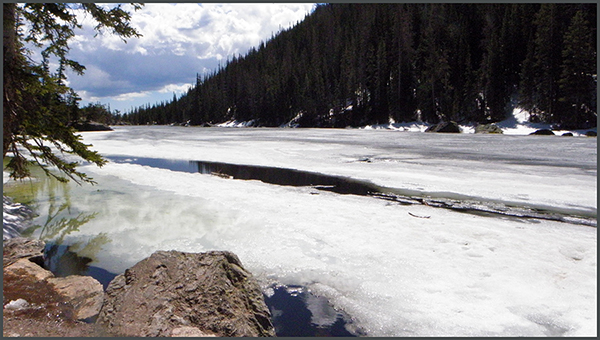 Leaving the Dream Lake to head uphill again, pausing to reflect. Looking back, the entire lake appears to have a thick blanket of ice, just beginning to break up. Onwards and upwards! 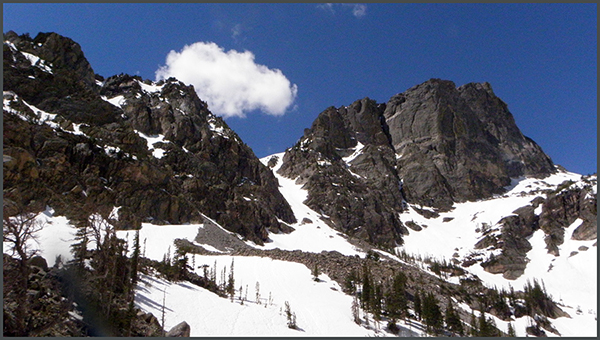 The end of our hike, after quite a challenging upwards hike through the snow: Emerald Lake. The mountains at the top make a better photo than the lake, still encased in ice and snow.