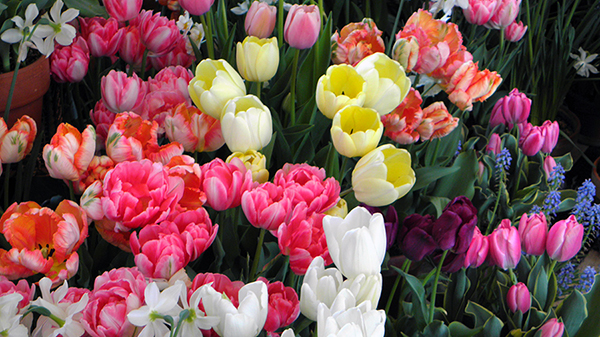 A beautiful warm, sunny day in late March brought me to Filoli Garden, a place that I never found time to visit pre-pandemic. Such variety and abundance! 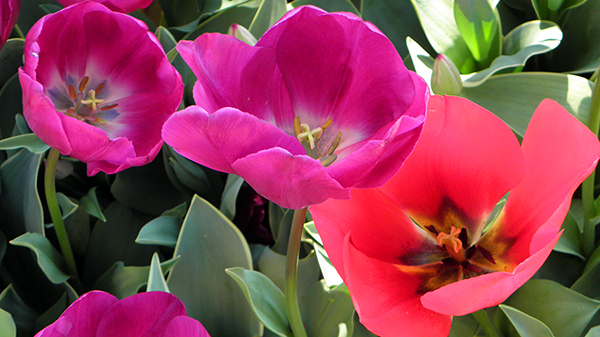 In sun and light shade, red and magenta tulips glow and reflect so much light that it’s hard to capture their true colors, even in post-production. 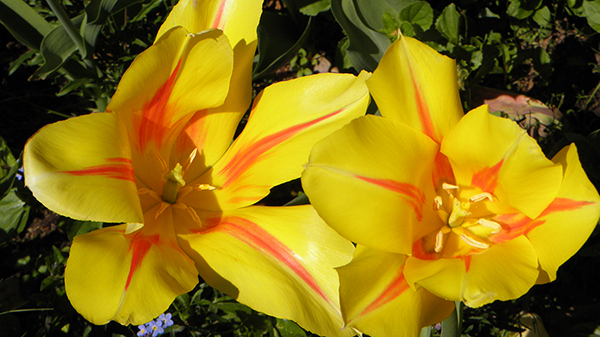 Whereas this yellow-orange bicolor shows true hues to the camera even in full sun. Who even knew there were tulips with this shape and colors? 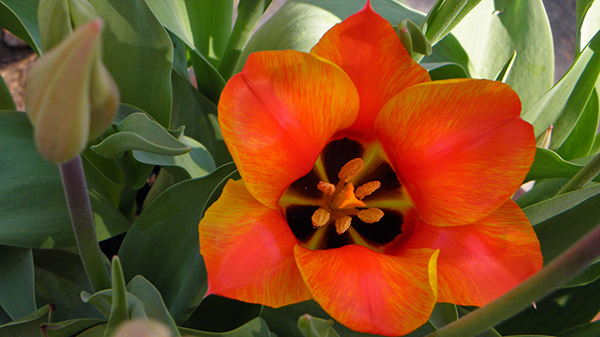 A nearby orange variegated hides in the shade on a shorter stalk, a mystery waiting to be discovered by those who look deep into the beds. 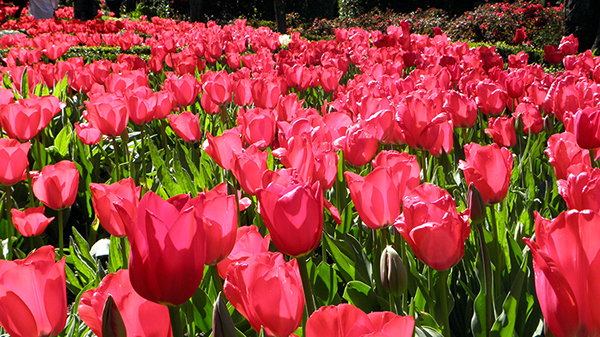 This sweeping bed of red is criss-crossed by several paths. Can you find the lone white tulip in the sea of red? The two people on the path? 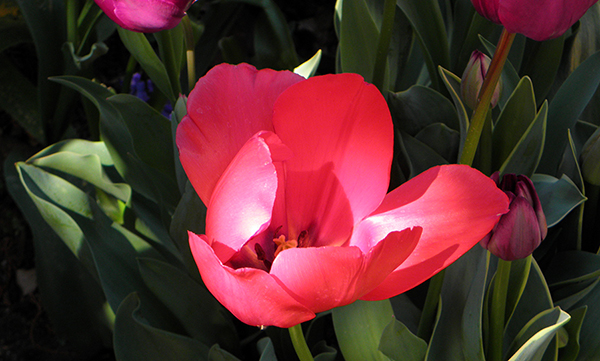 The play of light and shadow gives this red tulip a neon glow. The asymmetry of its form intrigues me. Why does one petal open while another stay curled? 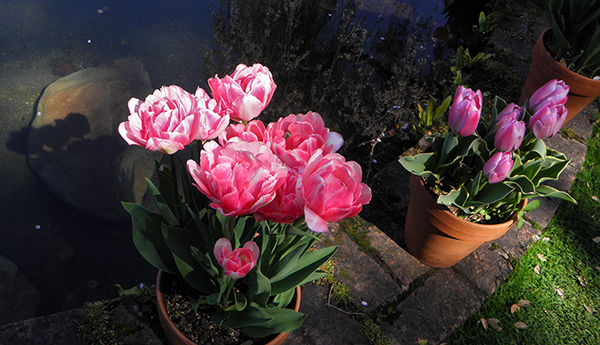 My husband says the pond in this shot looks extraterrestrial. It’s true that the tulip shadows on the pond look nothing like the flowers themselves. 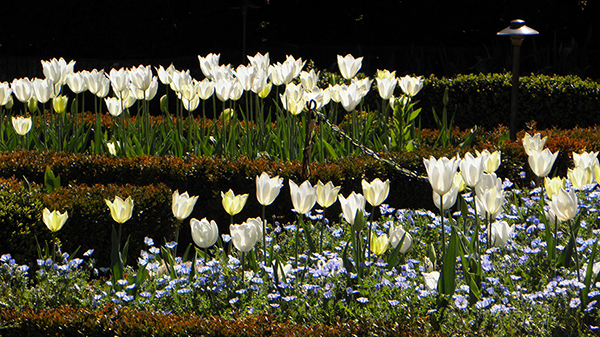 White blossoms incandesce brightly in the strong sun. I can’t imagine how they look so fresh; I’m significantly overheated and wilting. 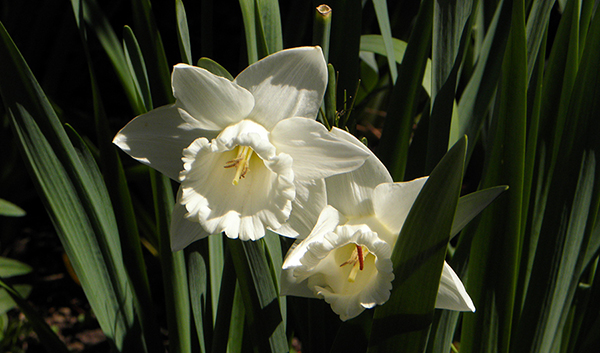 Though this post is about tulip varieties, I pause to acknowledge the beauty and elegance of the pure white daffodils. By late March, most are past blooming. 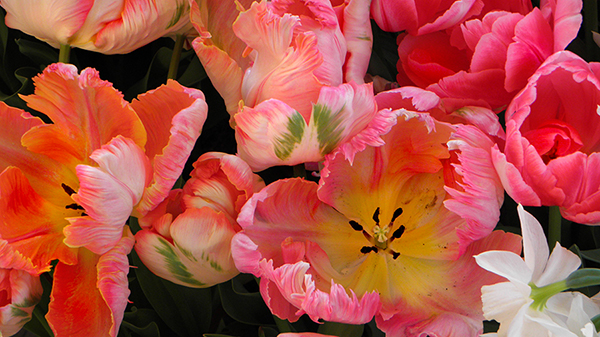 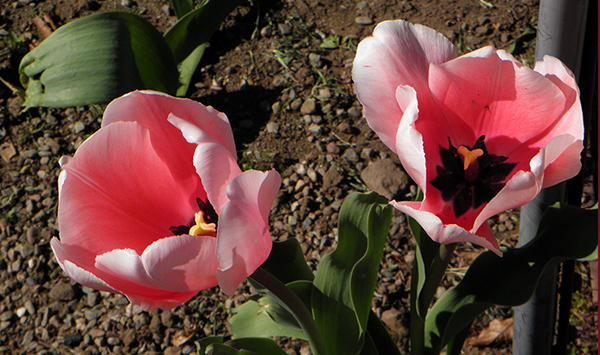 Exactly the opposite, these light pinks bloom in full sun, on a gravel path far from other flowers. I’d love to know the name of this hardy variety. 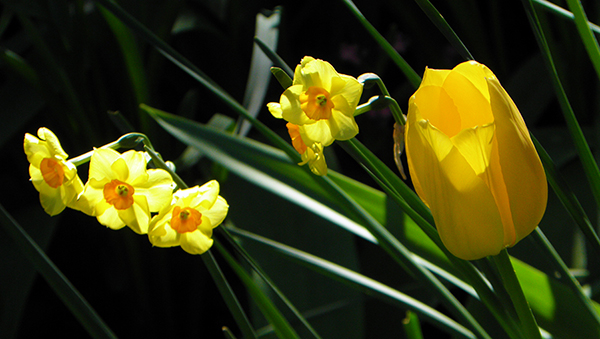 This golden tulip blooms near the Walled Garden. Its narcissus companions are just a tiny sampling of Filoli’s other March blooms. Spring has sprung!